Tickets are on sale for the first Trust The Doc Live event since March. It takes place at the Amersham Arms, New Cross, London (opposite New Cross Station on National Rail & London Overground) on Thursday 15th October 2020. Tickets are £6 and it will be seated with table service under strict COVID guidelines. Get tickets here.

On the bill are Moses; Emma Kelly; Calm & The Fragile States. More info is available at https://facebook.com/DemeraraRecords

The new single by Cholly has received support from BBC Introducing in the West. Good Angel got its first spin last night and will also be played on the Trust The Doc Radio show on Exile FM on Saturday 22nd August. Check out the new video here.

Summer may be in full bloom (and searing heat and humidity) but New Music never sleeps. The Trust The Doc Media momentum rolls on with the two radio shows reaching their highest audience engagement figures yet and Edition 8 of the TV show due to land on Tuesday 18th August. Keep checking in for all the latest news.

As the audience continues to grow for the Trust the Doc Radio show and its midweek podcast extra show so the numbers and types of submissions to the show are rising too. So presenter and producer Neil March has issued the following statement on the show’s social media pages.

Hey Music Lovers, as S Express once cried, a quick word on airplay given the levels of submissions to my Trust The Doc radio show. I definitely don’t want to discourage anyone from sending me tracks. It’s a privilege to receive and broadcast so much cool new music.

But it is a fact that the numbers regularly tuning in live and interacting with me and with fellow listeners continues to rise and so does the number of people accessing the podcast between live shows.

The midweek pre-recorded podcast show Trust The Doc Extra is also now seeing a week on week increase in listeners. I am massively grateful and hope it carries on. It does mean though that I am getting more and more labels, managers, pluggers, PR people and agents bringing me content every week, most of it being of a good standard too. And more artists are sending me direct submissions too. This is in addition to tracks I am picking up via Fresh on the Net moderation. So I have had to look at my policy for airplay.

It means sadly I am having to say no to some artists (which I really don’t like doing) purely because of the time I have each week to play new tracks. I recognise that repeat plays are really valuable to aspiring artists so I am trying to play a lot of tracks more than once but that is not always possible. The midweek show allows me to play more than was previously possible but I would need even more shows to play everything and, as things stand, that is not a practical possibility. So I apologise to anyone who has sent me music that has not been played.

I am continuously working through what I’ve been sent and playing as much new music as possible. As ever please don’t be put off submitting. And massive thanks to everyone who keeps on supporting the show. Saturday was an absolute blast. You can still hear it on the podcast at http://exilefm.com/podcasts/trust-the-doc-47.

It has been quite a week for all things relating to Demerara Records and Trust The Doc. To subscribe to the YouTube channel and watch all editions, including future ones, of Trust The Doc TV click here. 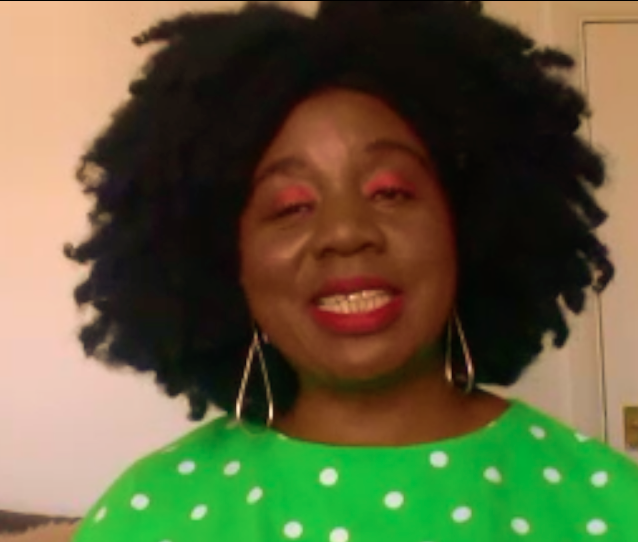 So what has all the excitement been about? Well Edition 2 of Trust The Doc TV was a triumph thanks to amazing content from all the talented music artists who appeared in it. Well over 200 views and counting so far.

Then there was the release of Josie‘s debut EP digitally worldwide after months of it only being available at live shows as a limited edition CD. It has already been played on Exile FM, Lonely Oak Radio and RKC. More airplay to follow we hope and the lyric video is now doing the rounds on social media.

The Trust The Doc Radio Show has enjoyed another strong week with over 5,600 listeners live or by podcast and another nailbiting Track of the Week poll that went down to the wire. The midweek podcast show Trust The Doc Extra is also building and this week it was an afterparty show for the TV show that aired on YouTube the previous night.

Last but not least Neil March‘s book The Independent Music Sector (2nd Edition) continues to sell and has received a couple of wonderful reviews from customers on the Amazon site. As the blurb points out it has more than twice the content of the first edition but for the same low price of £10 for the paperback. So if you are looking for a book that tells you all the essential information about operating across all the different areas of independent music it’s a no-brainer!

The buzz is still going on from Edition 1 but now Edition 2 of Trust The Doc TV is going out on YouTube on Tuesday (19th May) at 8PM. It will last for an hour and a quarter due to the sheer amount of content in the one edition.

Demerara Records’ Neil Marchsays: ‘I am so excited about Edition 2. The positivity and love that has been poured on us after the first one has been amazing but actually this one has way more content, all of it good quality and without the volume issues we had at times with the opener. I can’t wait for people to see it’.

Find it at the Trust The Doc Video Channel from 8PM on Tuesday 19th May here.

‘The launch of Edition 1 of Trust The Doc TV could not have gone better’ is the verdict of Demerara Records boss Neil March. The composer, artist and entrepreneur, now also TV and Radio show host, was talking after seeing well over 100 people tune in to watch the new show in the first two hours and lots of positive comments on YouTube about the show. You can watch it again by clicking here.

Tonight (Tuesday 5th May 2020) at 8PM UK/BST the first edition of the new Trust The Doc TV Show goes live on YouTube. Click here from 8PM to watch. (Logo & Artwork by paulfcook)

Due to the ongoing crisis around COVID-19, there are now NO live music events going ahead under the Demerara Records, Trust The Doc or Vanishing Point banners. We are however looking into the logistics of staging some virtual gigs through online mechanisms so look out for news about that subject.

In the meantime the weekly Trust The Doc Radio Show continues with Neil March from 5 – 7PM live on Exile FM and for 7 days on the podcast. Also the monthly Trust The Doc blog will continue to see Neil review a uniquely wide spectrum of new music. These two important avenues will carry on providing exposure to hundreds of aspiring bands and artists.

Also look out for news of a new festival in late summer/early autumn taking place at the beautiful AMP Studios on Old Kent Road.