It has been quite a week for all things relating to Demerara Records and Trust The Doc. To subscribe to the YouTube channel and watch all editions, including future ones, of Trust The Doc TV click here. 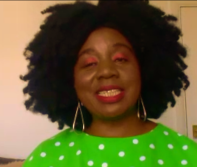 So what has all the excitement been about? Well Edition 2 of Trust The Doc TV was a triumph thanks to amazing content from all the talented music artists who appeared in it. Well over 200 views and counting so far.

Then there was the release of Josie‘s debut EP digitally worldwide after months of it only being available at live shows as a limited edition CD. It has already been played on Exile FM, Lonely Oak Radio and RKC. More airplay to follow we hope and the lyric video is now doing the rounds on social media.

The Trust The Doc Radio Show has enjoyed another strong week with over 5,600 listeners live or by podcast and another nailbiting Track of the Week poll that went down to the wire. The midweek podcast show Trust The Doc Extra is also building and this week it was an afterparty show for the TV show that aired on YouTube the previous night.

Last but not least Neil March‘s book The Independent Music Sector (2nd Edition) continues to sell and has received a couple of wonderful reviews from customers on the Amazon site. As the blurb points out it has more than twice the content of the first edition but for the same low price of £10 for the paperback. So if you are looking for a book that tells you all the essential information about operating across all the different areas of independent music it’s a no-brainer! 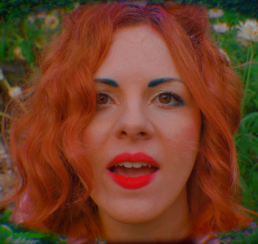 The buzz is still going on from Edition 1 but now Edition 2 of Trust The Doc TV is going out on YouTube on Tuesday (19th May) at 8PM. It will last for an hour and a quarter due to the sheer amount of content in the one edition.

Demerara Records’ Neil Marchsays: ‘I am so excited about Edition 2. The positivity and love that has been poured on us after the first one has been amazing but actually this one has way more content, all of it good quality and without the volume issues we had at times with the opener. I can’t wait for people to see it’.

Find it at the Trust The Doc Video Channel from 8PM on Tuesday 19th May here.

‘The launch of Edition 1 of Trust The Doc TV could not have gone better’ is the verdict of Demerara Records boss Neil March. The composer, artist and entrepreneur, now also TV and Radio show host, was talking after seeing well over 100 people tune in to watch the new show in the first two hours and lots of positive comments on YouTube about the show. You can watch it again by clicking here.

Tonight (Tuesday 5th May 2020) at 8PM UK/BST the first edition of the new Trust The Doc TV Show goes live on YouTube. Click here from 8PM to watch. (Logo & Artwork by paulfcook)

Due to the ongoing crisis around COVID-19, there are now NO live music events going ahead under the Demerara Records, Trust The Doc or Vanishing Point banners. We are however looking into the logistics of staging some virtual gigs through online mechanisms so look out for news about that subject.

In the meantime the weekly Trust The Doc Radio Show continues with Neil March from 5 – 7PM live on Exile FM and for 7 days on the podcast. Also the monthly Trust The Doc blog will continue to see Neil review a uniquely wide spectrum of new music. These two important avenues will carry on providing exposure to hundreds of aspiring bands and artists.

Also look out for news of a new festival in late summer/early autumn taking place at the beautiful AMP Studios on Old Kent Road.

We are sad to have to announce that the Trust The Doc Live Festival 2020 due to take place at the Amersham Arms on 4th April 2020 is postponed indefinitely pending developments in relation to COVID 19.

Demerara Records‘ Neil March explains: ‘It is with a very heavy heart that I have had to announce the postponement of the Trust The Doc Festival due to take place at the Amersham Arms on 4th April 2020. I have fought determinedly to keep this event alive and push hard on the promotion for it. But the past 72 hours has seen a significant acceleration in the problems relating to COVID 19.

A combination of people not wanting to risk attending events, artists pulling out because they have symptoms and are self-isolating, the risk of spreading the virus and news from all quarters of events being cancelled and venues closing their doors to the public has forced my hand. I feel like the decision has been taken out of my hands and there is no other choice. I will have to write off significant losses as a consequence of this decision but the losses would have been considerably more damaging if I had attempted to go ahead. Even then it is possible authorities might have intervened and shut down the event. All in all the risks of spreading the virus and the event being a disaster are far too great. I am liaising with Eventbrite to ensure all those who have already purchased tickets will receive a full refund.

It is my hope that the festival can still happen either at the Amersham Arms or at another South East London venue in the autumn. Most of the bands and artists due to be on the bill have already expressed a desire to be involved if that can be achieved. In the meantime I will post any significant news updates on the website and social media pages. For the moment Vanishing Point at AMP Studios on 2nd April is not affected but a decision on that gig and the tour date for Josie and Cholly at More Coffee Live in Melton Mowbray on 28th March will be made shortly. Their gig at The Oddfellows Arms, Hemel Hempstead on Thursday 19th March is on although the guest act In the Forest have had to withdraw due to COVID 19 issues. Tickets at discount price are still available until 7PM on the night of the gig here.”

Please keep checking this website and associated social media pages for more news. Also the Trust The Doc Radio Show (presented by Neil) goes out live and interactive every Saturday from 5 – 7PM (UK Time) and is available for a week afterwards by podcast and Neil will be keeping listeners informed of developments as well as playing a load of exciting new music every weekend. Listen to the show here. Listen to the podcast here. 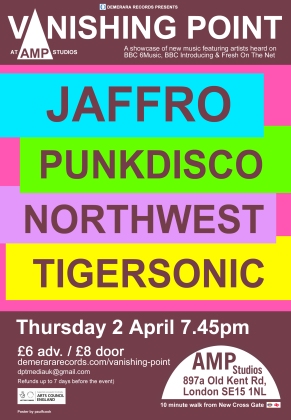 The incredible early bird price of just £7.00 for the all-day & evening Trust The Doc Festival 2020 @ the iconic Amersham Arms on 4th April will expire at midnight on 15th March. So get your orders in now before the price goes up on 16th March.

In the meantime you can pay an even more ridiculous price of just £12.00 for entry to two fantastic live events – the Trust The Doc Festival 2020 and Vanishing Point @ AMP Studios; the first Vanishing Point to take place at its new home on Old Kent Road on 2nd April.

Let us tell you where else you can find value for money to match this in London in 2020 – NOWHERE!!! And remember every penny you spend on these events is putting money into the pockets of hard-working struggling musicians. Need we say more!!

Our live music programme continues to be in full motion with the Trust The Doc Live mini-tour involving Josie and Cholly moving on to Aylesbury; Hemel Hempstead; Melton Mowbray and New Cross, Vanishing Point moving to the beautiful AMP Studios on Thursday 2nd April and the Trust The Doc Festival 2020 taking place at the iconic Amersham Arms in South East London on Saturday 4th April. Tickets for all these events are available using the above links.

The second (2020) edition of The Independent Music Sector by Neil March has been published. It is available to buy from Amazon here. The new edition has more than twice the content of the 2019 version for the same low price of £10.00.

The popularity of the first edition prompted the early completion and publication of the second. It is a book that should be in all university and other music education libraries and is an invaluable guide to the independent music practitioner regardless of his or her area of priority. 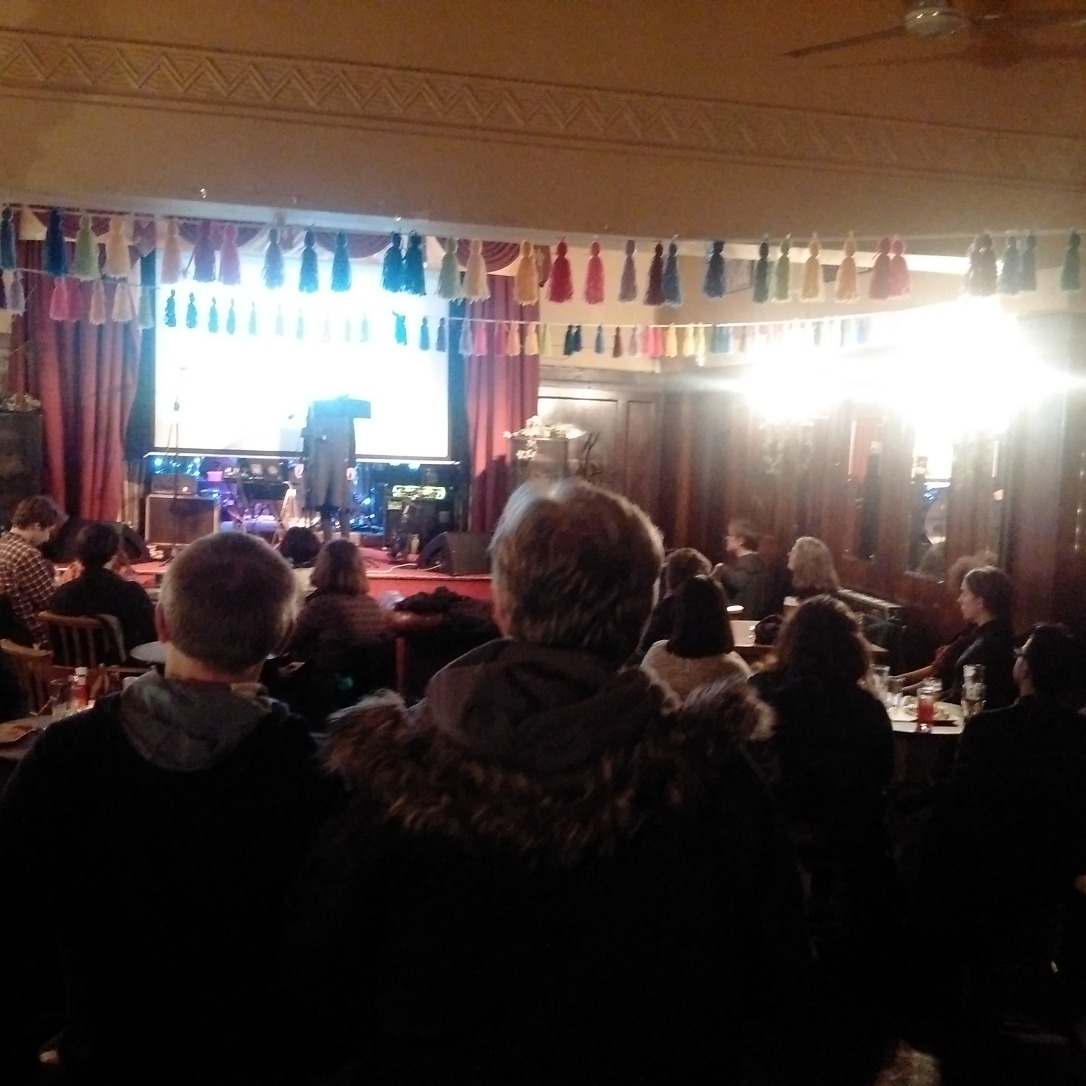 Due to a decision by the management of The Ivy House, the external promoters whose gigs have, until now, been on Thursday nights will move to Tuesdays from March 2020 onwards. That means Vanishing Point will, subject to further discussion, be switched to the first Tuesday of the month after the gig on Thursday 6th February. We understand the reasons. Thursday events are not making enough money and the venue needs to be able to generate income from hire events on popular nights in order to survive.

Although it is surprising given the high attendances we had in the second half of 2019, we have to accept the situation. The Ivy House went through closure before and was rescued by the current committee of local people. We all want to see it go on and continue to be a place where new music talent can thrive.

At this stage it is impossible to say exactly what will happen as there are some details to be ironed out concerning the existing arrangements.

Demerara Records’ Neil March explains: ‘I am hopeful that these issues will be resolved next week and that the move to Tuesdays will go ahead for the foreseeable future. If they can’t be resolved however, there is a possibility that I will have no choice but to move Vanishing Point to another venue. Hopefully not but it is not in my hands. In the same way that the venue needs to make money I need to have deals with venues that are realistic and enable me to afford to pay bands and artists to perform. Vanishing Point, indeed my entire operation, is a not-for-profit venture supporting new music and the people who create it. I hope the committee will recognise that they have to have policies that don’t drive promoters away. It is not the kind of venue that can demand big hire fees when other similar sized venues in the area do not do so’.

‘So there is a possibility that the next Vanishing Point on 6th February will be the last I ever put on at the Ivy House. I hope not but either way it WILL be the last one ever to be held on the first Thursday of the month’.

‘I hope therefore that as many of you as possible will come along and support the event and if it is goodbye we can go out with a great party. It’s a UK tour opener for Josie & Cholly. HOL is also playing and will be involved with three of the tour dates in total. And we have the amazing Eddy Smith too. We have built a great new music community at a beautiful venue. Come and be part of it for what might be the last time before we move on. Let’s make it a great night’.